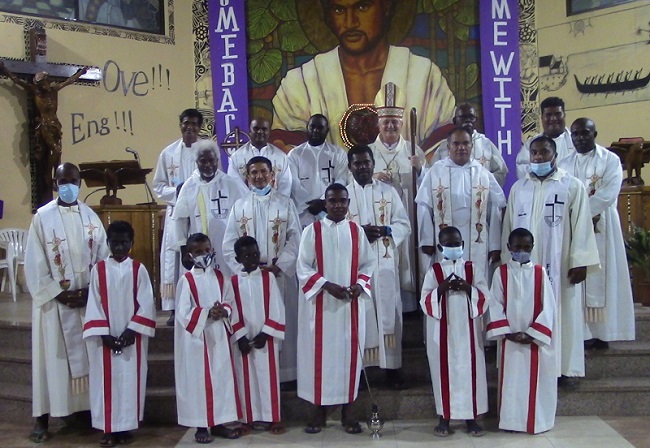 12 Parish priests from the Catholic Diocese of Gizo are now completing their yearly meeting this 4th May 2022 here in Bethania Gizo. 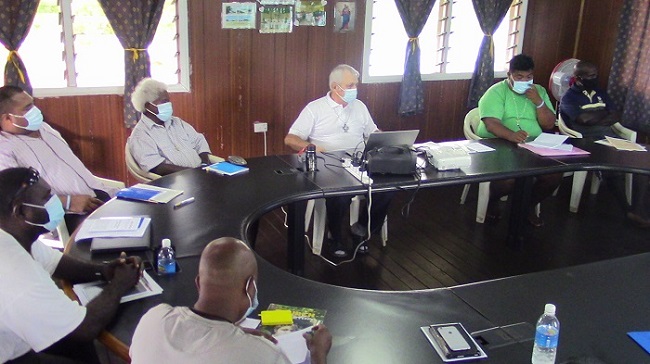 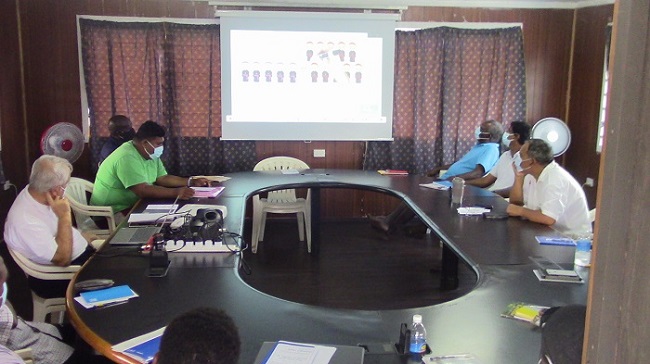 A meeting aiming their closeness with God and each other, and exceptional planning to analyze all the responses from all parishes on the actual situation of the Diocese of Gizo, regarding the Synodality and the evaluation of the 2005 Assembly 11 Recommendations.

(The meeting is specially initiated after a strong recommendation from the Holy Father, the episcopal conference of PNG and SI to take part in the preparation of the synod for the universal church in Rome in October 2023. The recently concluded priests’ meeting last year 2021 decided on the plan to follow and asked the pastoral team to come up with questions to use to make everyone aware and participate in the synod).

The priests are here to pray, reflect, share and listen. They also have presentations, discussions, and making decisions.

They also have the privileged to listen to the Synodality reports from the parishes, they evaluate and have discussions.

These priests are from the eight parishes of the diocese of Gizo (Choiseul, Shortland, and Noro in the Western Province).

During the closing, the priests and the parishioners are celebrating the Chrism Mass, (Blessing of the Holy Anointing/Consecrated Oil) went successful at St. Peters Cathedral Gizo in the midst covid-19 outbreak.

As Sr. Anna described it as very prayerful and uniting them with their priests of the diocese, and congratulated the liturgical group who, despite the very small number, made everyone sing and participate joyfully.

And with the theme; COMMUNION, PARTICIPATION, MISSION, the theme will be adopted into the diocese to enlighten God’s people through His Words in prayer and everyone to follow the path to which God calls us –deeper COMMUNION, fuller PARTICIPATION, and greater openness to fulfilling the MISSION in the world.