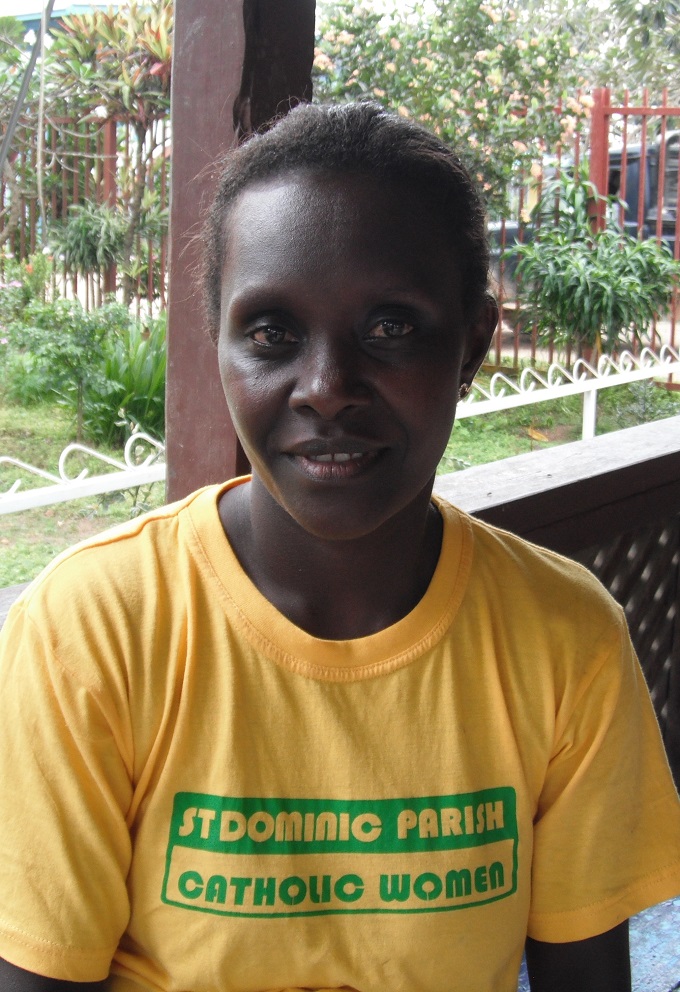 Lawrencia Miruku
Lawrencia Miruku from Paparakakasa, St. Dominic Parish Sirovanga was one of the participants who have an opportunity to attend a very important kindergarten teacher seminar that was held at St. Peter’s parish Gizo on the 11th – 13th July 2017.


She attended the seminar in the past, and this year’s seminar was an eye opener for her as it is all about her fevourate subject the psychological characteristic of the children between 3-6 year of age and the moral teaching of the children in the kindergarten.

Lawrencia Miruku said that she and her colleague have about 5 hours with the children in the class Mondays to Fridays, and saying that if they have them in their heart it seems that we have the responsibility to secure them from many threats around the community and their family.

She said that she has learned a lot from the seminar and expecting to work with her community to provide a safe schooling environment for the children in the class. 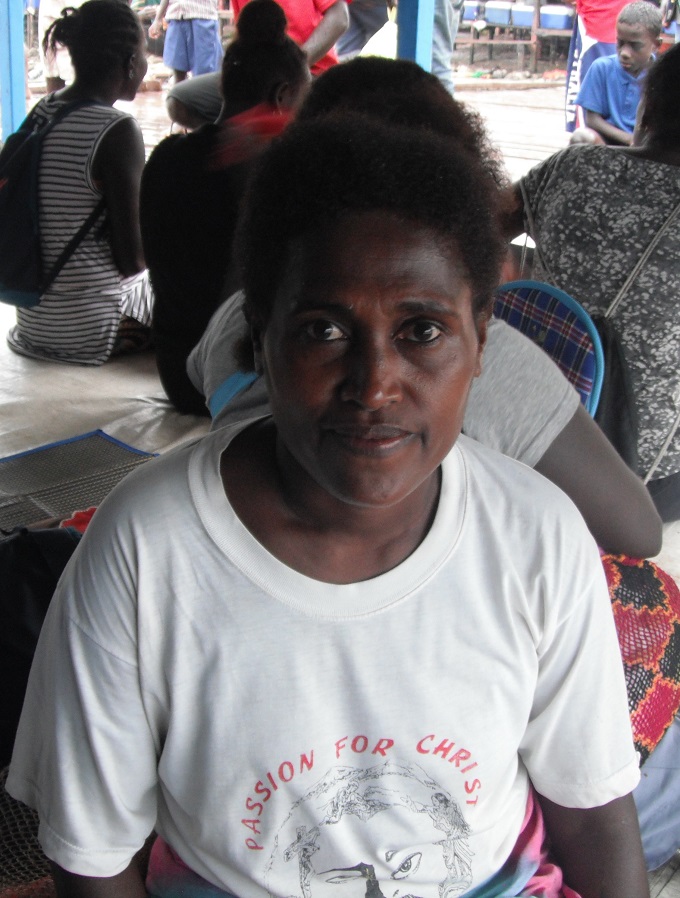 Jenny Onotobatu
“I have a big motivation to go back and establish a St. Peter Sisiki Kindergarten School”. This was one of Jenny’s comments during an interview with the Catholic media office Gizo.

Bangara village dominated about 90% of United church members and with 10% are the Catholic community resided less than a mile from Bagara village. And with the total number of about 70++ children in these communities, Jenny has an opportunity to serve as an untrained teacher. She has to travel 5 days a week with children from her community to teach.

Jenny Onotobatu was teaching under supervision by a kindergarten supervisor from that area and she learned a lot from observing the day by day classes.

Also, a talented mother who has a heart for the children in the small Catholic community saying that one of the gifts she has blessed for is by saying prayers before and after every class. But that is not enough said, Jenny.

After attending 3 days’ seminar Jenny said that Catholic children from her class should learn catechism, that is their foundation to uphold their Catholic principals, the beginning of their pilgrimage to find God in their Catholic faith says the mother.

Jenny thanked the facilitators especially the Italian volunteer Ms. Paolo for the school resources she received and to the bishop His Most Rev, Bishop Luciano Capelli sdb for initiating the program to the parish and to community levels. 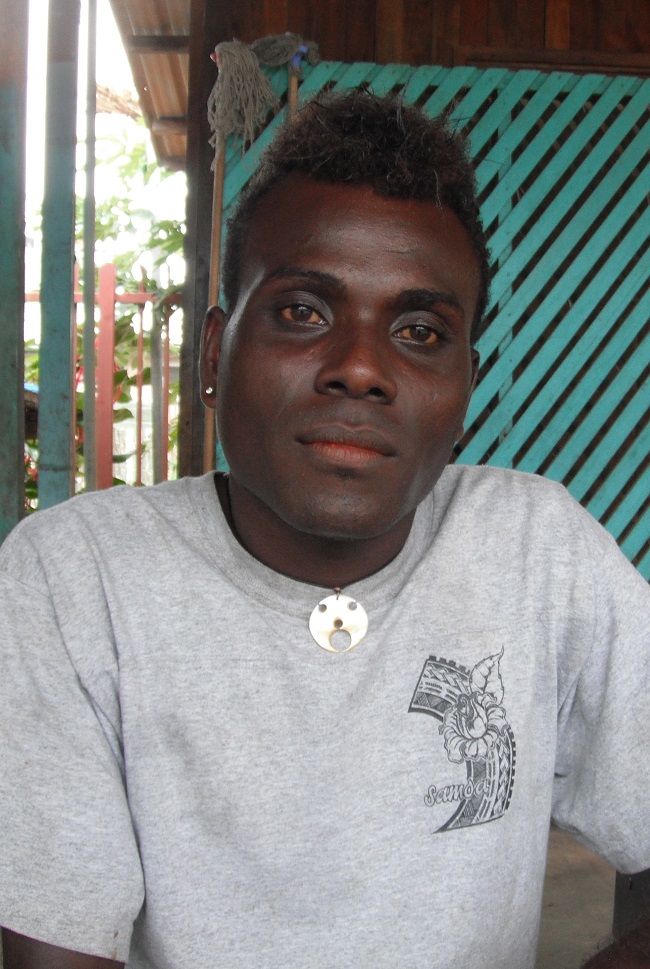 Winslaus Bobolo
Winslaus Bobolo was the only a male participant during the 3 days’ kindergarten teacher’s seminar that was held on the 11th- 13th July 2017.

Winslaus Bobolo was originate from St. Joseph Moli parish, a youth who enjoy his life back at his home land. Bobolo said he enjoy his youth, and when life is boring he did involve in some of the helpful activities in his community, and there are times he involved in unwanted activities which cause harm to himself and others. But he said he had a heart which encourage him to start again a kindergarten school in his area.

The St. Joseph Moli kindergarten school started for a long time with different committees with different untrained teachers who they left the school without classes for almost years.

Bobolo said he cannot wait but teach and built a class for these children. He said the only subject was taught at school is by singings, poems and try to learn these children on recognizing letters and numbers.

He was asked to attend the seminar representing his school this year. And he said, it is a big privilege for him. He has learned a lot from this Italian lady Ms. Paolo who is so active giving us every useful information’s on how to deal with these kindergarten children.

I have leant a lot of new advantage information’s regarding psychological, security, moral, literacy, mathematical, language development of the children said Bobolo. He said he is now being equipped with this resources. And his big expectation now is the community involvement to established a safe environment for the kindergarten children. A strong committee with have talents to setup fundraisings for the kindergarten.

He thanked the staffs of the St. Peters Kindergarten school Gizo for facilitating, especially the education secretary for the diocese of Gizo and Ms Paolo from Italy. He thanked the Bishop Luciano for recognizing the kindergarten program at village level. 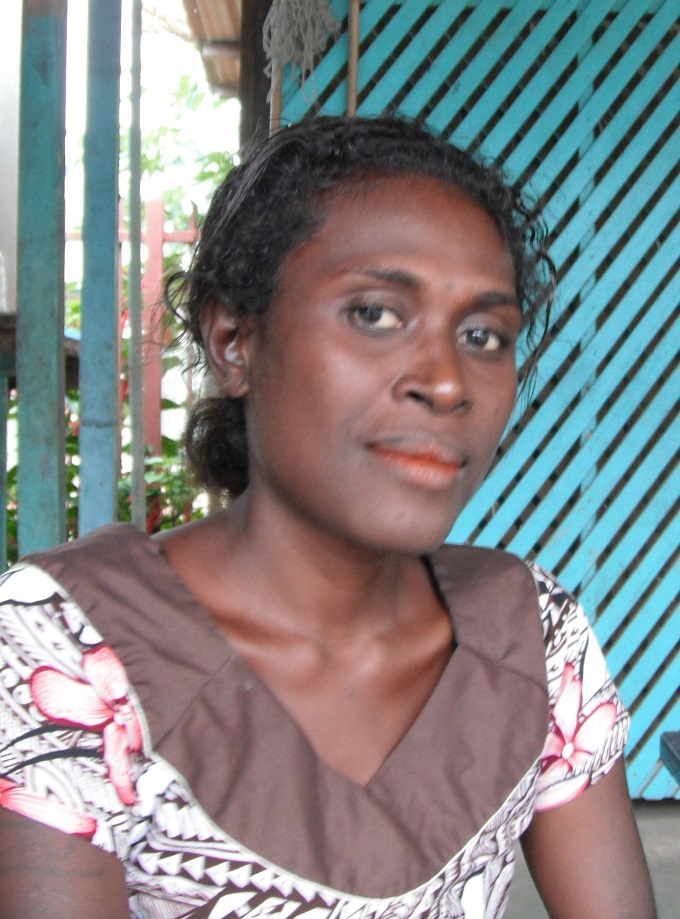 Elizabert Qilamasala
Elizabeth Qilamasala comes from Garijara village St. Dominic parish Sirovanga. An unqualified teacher for the St. Francisco kindergarten school in Garijara said that she has been so motivated in this 3 days’ seminar that has been organized by the Catholic diocese of Gizo from the 11th to the 13th July 2017.

Elizabeth said that it was all about advantage information’s regarding how to bring the children from kindergarten school closer to the moral teacher of our Catholic faith, and about information’s on how we may communicate with the children in line with our teaching skills.

She said that during her time teaching at home she was there just to complete the day’s session and confessed that teaching seems boring to her. But this 3 days’ seminar gives her confidence and make her feel interested in teaching.
Elizabeth said that one of the advanced ideas is we must work on to establish a special kindergarten committee to help impact the 5 kindergarten schools in St. Dominic parish Sirovanga.

She thanked the facilitator for the teaching skills she learns, and especially the bishop, Bishop Luciano Cappelli sdb for initiating the program for the children. 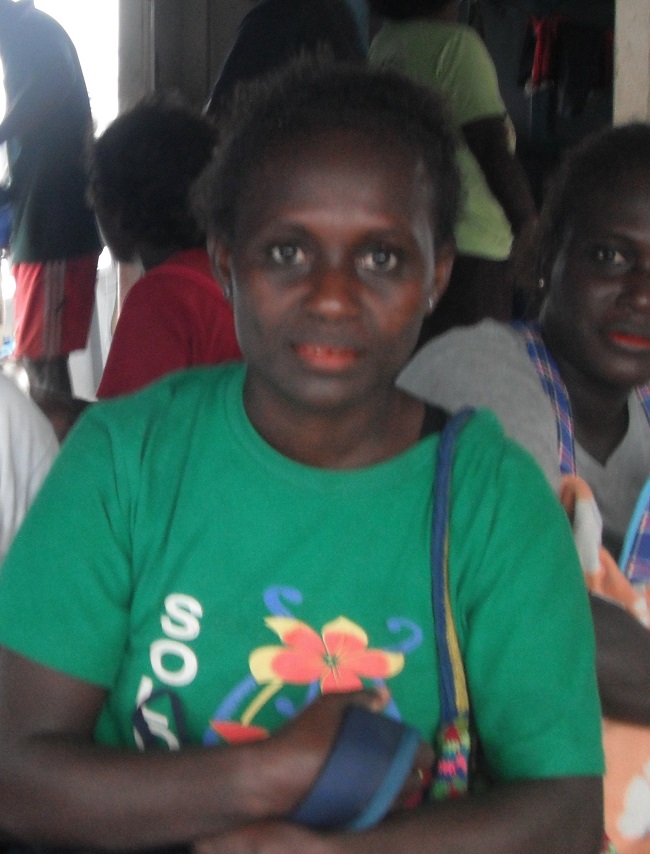 Maria Sogemama
Maria Sogemama comes from the Sariana village, Christ The King parish Voruvoru.
She also an unqualified teacher and she said she has learned a lot of new information from the 3 day’s seminar.
Maria said, this is her first time to attend such training and said it was a great opportunity to learn many wonderful teaching techniques which are an advantage for children in the kindergarten school.

She said teaching in the isolated areas is a big challenge she faces; you have to make them understand in either Pidgin or English, the children’s behavior exemplifies their parent’s attitude toward that child and as that result, an unqualified teacher like her cannot cope up. But now Maria said, she may handle it after receiving much wonderful information during this 3 days training.

Now I feel close to these children and feel equipped with many wonderful information’s through demonstrations, said Maria.

Though we are trained, to improve these children depend much on the certain group of people; the committee, the community, the parish key people etc., to organize and to build a safe school environment with good ventilation, playing resources, water, and sanitations etc.

We, the teachers, have good observation around our school environment, we know very well the needs our school requires. These are the contributions towards having a better school for a better educated child, said Maria.

She thanked the facilitators for this beautiful seminar and asking the diocesan secretary to come up with another level of training so that they may teach between stages to stages. Maria also thanked the Bishop of the diocese of Gizo for providing this wonderful seminar.