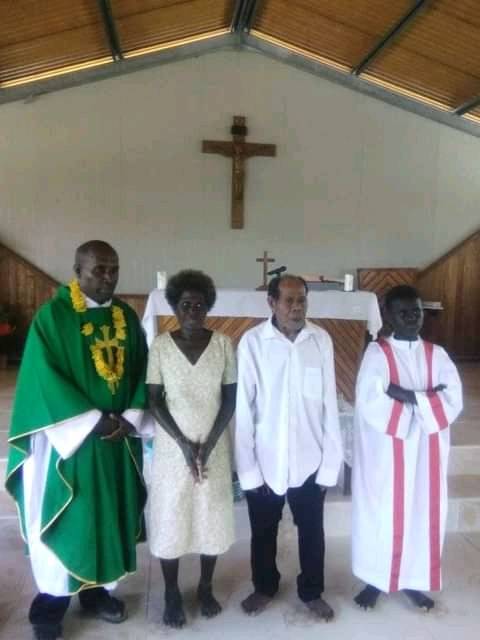 He came from a pagan family, however, later on, his parents decided to become Christian (Catholic). While Edward still maintains his paganism practices, one thing that made Edward not board the same faith as his parents is because he is one of those Kwaio work people that had worked in most of the Plantations around the country.

Then returned to Choiseul. And it was in Choiseul that he got Married to his wife. They got three children who have grown up already. Edward Bakabio is now 76 years old.

At last, he decided to become a Christian (Catholic) and was baptized and received his first Holy Communion on September 4, St John Bosco Parish, Taro, Choiseul Province.