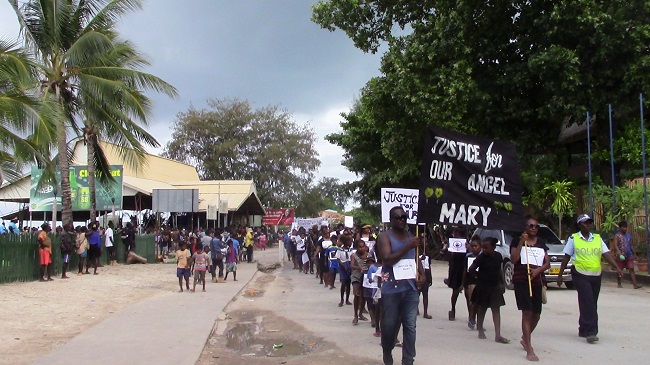 Gizo Town Witness the Condemnation of Brutal Killing.
A Protesting Marches here in Gizo Township, Monday 6 December 2021. Time 3:30pm to 5:00pm
Slogans during the protest marches to condemn the brutal killing of a 7-year-old girl were highlighted calling the nation to do more to prevent another happening. 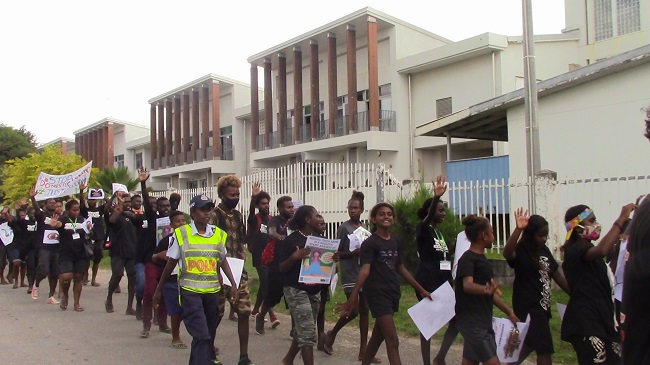 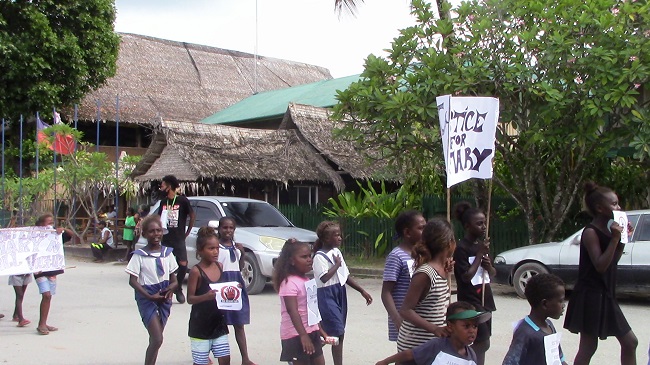 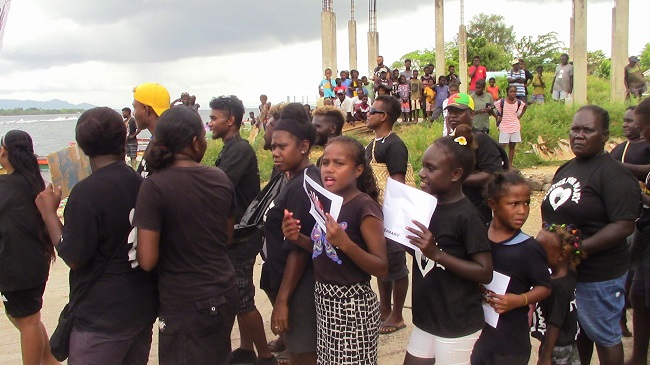 Slogans like “Justice for Mary!!” “Stop rape culture!” etc., was shouted out repetitively during the protest March by the three groups from top hill, Western and Eastern side of Gizo Township.

These are the words uttered by activists during the parade to remember the late Mary who was brutally murdered months ago on the island of Kolombangara.

A very meaningful protest as everyone talked about the children of Mary’s age whom they have shown up to condemn the barbarian unusual killing. With them also relatives of late Mary, organizations, Churches, the public, and other co-coordinators who gave supports for the success of the activities.

The protest marches from these three groups ended at the MSG building, where guests and honors of the Western executives and other representatives awaited them for the opening ceremony.

The opening was devotion, a consecration for everyone from a Catholic parish priest Fr. L. Kimaere, and a Bible quotation taken from the story of Ken and his brother Abel.

His message focuses on the killing of Abel in the Book of Genesis, where he based his message on “LIFE”.

He called upon everyone to respect life, starting from the womb until God calls us. He reminds everyone that life is a gift from God that He can take away that life.

He said that the only way to respect life is to love each other and urges everyone to value that life, a gift from God.

Newly elected Premier, Deputy Premier, and other executive members were also part of the parade to show their support towards the elimination of sexual violence and rape against women and girls.